The process starts with a conversation either via email, phone call or in person. A time is arranged and a day set aside for filming. I can come to you or you can come to me in Wiltshire and film there.

The filming process is very simple. All we need is a quiet space two chairs and a window to light your face. The camera is set up and we sit opposite each other and the filming begins. Many people have said that very quickly the camera disappears and it’s just like having a deep conversation with a friend. There are no expectations on my part and we can film as much or as little as we need to. The conversation goes wherever it takes us, several people say they didn’t realise the time had passed so quickly or remember what they had talked about.

The second phase is the editing and this is where the film/films are crafted. The film/films are usually between three and five minutes long and contain music, images and the filming we have done. I will choose what calls to me from the filming process, the places where you were talking from a different space, where are you dropped out of your head and stories you normally share and into another place. This is where we are speaking from the soul, and where we find our most fundamental truths. It can be a painful place or a joyous place and is often somewhere, in our busy lives, we don’t have time to visit and explore. Once the film is finished I will share it with you online or in person as sometimes, depending on the subject, it can be quite moving to watch. It’s always hard to see yourself so exposed and I allow you time to get used to the film. 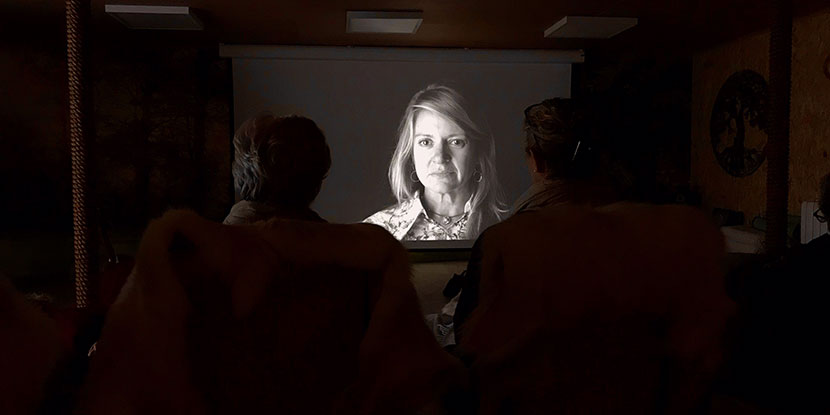 The third phase is actually sharing the film with others. I will store the film for you and you can share the link with other people or send them a download of the film. If you agree I will also share the film on my website and through social media. The film belongs to you and it is up to you what happens. There is no pressure at all to make it public and perhaps it is just for you. It may be that initially you feel “I can’t share my vulnerability or story with other people” but it’s amazing how many people your film will connect with as it shows a part of the human condition that we all share.

After the film is shared then the process is complete. I will keep all the material we have filmed for six months after filming and if you want to preserve it in it’s entirety then it can be uploaded or copied to a drive. I’m also interested to hear other people’s reactions to the film so I’m grateful if you can share those with me, and I will do the same with you. I also request some feedback about the process and permission to use a part of this on the website.